Take a Virtual Tour of the Keys to learn about the weeds problem and what is currently happening to address it.

The Tahoe Keys lagoons are located on the south edge of Lake Tahoe in the City of South Lake Tahoe. The Tahoe Keys and surrounding lagoons were constructed in the 1960s on the Upper Truckee River Marsh by excavating the lagoons and capping the soil with sand to form stable building sites. The development includes 1,529 homes and townhomes, 900 docks, a commercial marina, and a commercial center. Three primary man-made water features exist in the Tahoe Keys:

These three water features are referred as the “Tahoe Keys lagoons” and encompass 172 acres of waterways.

The excessive growth and expansion of aquatic weeds in the lagoons is due to several environmental conditions including abundant nutrient availability, and relative warm, stagnant and shallow waters with sufficient light for weed growth. The target aquatic weeds introduced to the lagoons have found ideal habitat conditions for prolific growth. 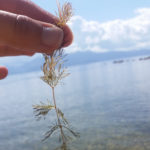 While the shallow, warm waters of the Tahoe Keys lagoons create conditions favorable to the growth of aquatic weeds, boats are the primary vectors by which they are spread to areas around greater Lake Tahoe.  The first invasive plant, Eurasian watermilfoil (Myriophyllum spicatum), became established in the 1980s and 1990s, and curlyleaf pondweed (Potamoeton crispus L.) was discovered in Lake Tahoe in 2003.

This second non-native, invasive weed is of particular concern due to its recent rapid growth and spread, with the potential to infest more of Lake Tahoe’s aquatic habitat than Eurasian watermilfoil.  Curlyleaf pondweed is more difficult to control due to the size of infestations and multiple methods of plant propagation – via seeds, plant fragments and the production of turions – wintering buds that become detached and spread throughout the waterway and have the potential to remain dormant at the bottom of the water for several years.  In addition, it has the capability to grow in deeper, colder waters, making curlyleaf pondweed potentially detrimental to Lake Tahoe if allowed to spread unchecked (Woolf & Madsen 2003, UNR 2015, Xie & Yu 2011). 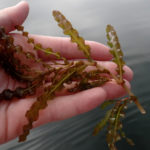 The plant’s swift and multiple modes of establishment, coupled with its ability to tether to boats, strongly suggest that this invasive species could become well established in much of Lake Tahoe’s nearshore – depths of 30 feet and less – within the next few years.

Currently, curlyleaf pondweed is limited to the south and southeastern shores of Lake Tahoe with infestations observed from Taylor Creek to Lakeside Marina (Wittmann and Chandra 2015, LTSLT 2016).  Newer infestations were  recently found as far north as Elk Point Marina (Anderson 2016, pers. communication) on the Nevada side of Lake Tahoe.

The two invasive, non-native aquatic weed populations in the Tahoe Keys have been growing rapidly. Recent aquatic plant surveys (2014, 2015, 2016, 2017) show the extent and density of excessive plant growth in the lagoons. In recent years, 85% to 90% of the available wetted surface in the lagoons has been infested with target aquatic weeds with a large majority being the non-native invasive species.

A third target weed, Coontail (Ceratophyllum demersum), is classified as a native plant to California, but in recent years has grown in abundance in the Lake Tahoe region, specifically in the lagoons. Coontail has heavily infested the deeper channels of all the lagoons, most abundantly in the Marina Lagoon and Lake Tallac Lagoon, where it comprises over 70% percent of the aquatic plant matter (TKPOA 2016a).

Threats to Water Quality and Use 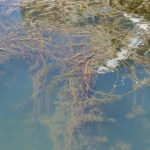 The need for this project stems from the spread of invasive and nuisance aquatic weeds that has compromised water quality and degraded beneficial uses – including wading, boating, fishing, sightseeing, aquatic life, and preservation of aquatic habitats that support cold water ecosystems – of the Tahoe Keys lagoons. The abundant growth of aquatic weeds degrades the environment in several ways, including providing habitat for non-native warm water fish and driving variations in pH, dissolved oxygen, and temperature. The weed growth also impedes boating, is hazardous to swimmers, contributes to sediment loading, releases nutrients to the water column that can contribute to harmful algal blooms, and provides sources of continuing infestations of aquatic invasive species (AIS) in the nearshore of Lake Tahoe. 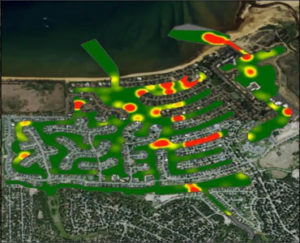 Aquatic weeds affect marinas all around Lake Tahoe, and their continued spread constitutes the most immediate threat to the lake, according to the University of Nevada’s 2015 Implementation Plan for the Control of Aquatic Invasive Species within Lake Tahoe. The Tahoe Keys lagoons are the top-ranked locations “due to the magnitude of the plant and fish infestations as well as the high recreational use of these areas by Tahoe boaters” (UNR 2015). 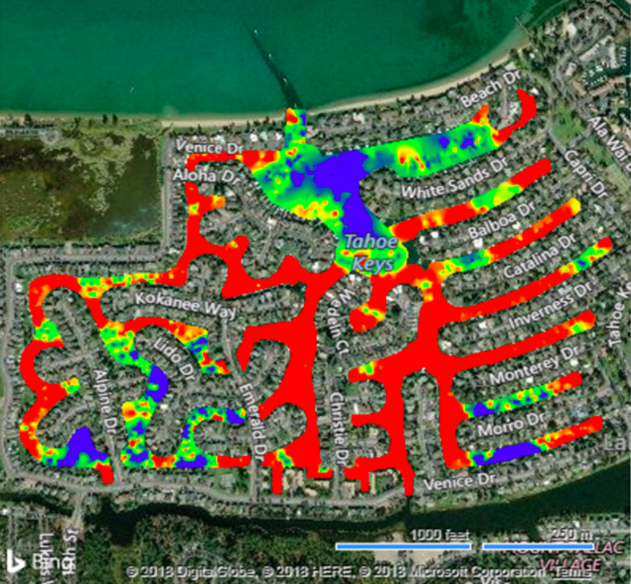 Because the Tahoe Keys is primarily a boating community and has a high density of vacation rentals, the number of boat trips in and out of the Tahoe Keys is much greater than most other locations around Lake Tahoe. Coupled with the dense infestation of aquatic weeds in this area, boats leaving the Tahoe Keys are a primary source for new infestations around the lake, including popular destinations such as Emerald Bay, Sand Harbor and other marinas.

The developer of the Tahoe Keys, and subsequently the Tahoe Keys Property Owners Association (TKPOA), have been working to control aquatic weeds in the lagoons since the 1970s.  Seasonal harvesting – mowing the tops of aquatic weeds so boats can pass through the lagoons – has been the main weed control practice since the mid-1980s, removing more than 10,000 cubic yards annually at a cost up to $400,000 per year. Continual harvesting throughout the summer months works to keep the lagoons navigable by boat, however, harvesting operations do not, overall, reduce aquatic weed biomass, and may actually aid in aquatic weed population growth (Crowell et al. 1994, TKPOA 2015).

Beginning in 2001, TKPOA increased their efforts to control the aquatic weeds by:

Since 2014, TKPOA has invested in further research and collaboration to develop an IMP.  In 2015 they invited an independent scientific panel to review their plan, while also conducting a stakeholder planning process, implementing a Nonpoint Source Plan, and developing a study plan that proposed to evaluate the efficacy and environmental effects of targeted herbicide and other control methods to inform a long-term IMP.

In July 2017 TKPOA submitted an application for an exemption to the Lahontan Basin Plan pesticide discharge prohibition, called the Tahoe Keys Lagoons Integrated Control Methods Test (Methods Test).  The Methods Test was designed to test the efficacy of three targeted herbicides followed by several non-herbicide control methods to explore an integrated approach to bringing aquatic invasive plants under control within the test area of the West Lagoon of the Tahoe Keys in Lake Tahoe.

Lahontan Water Board Board Deliberation January 13, 2022